Head coach of Manchester United, Louis Van Gaal, says Paris Saint Germain striker, Zlatan Ibrahimovic is too old for his squad. The embattled coach spoke in an interview with the Swedish TV station Viasat. He said while he would not completely rule out the striker, he is a bit reluctant because of his age. 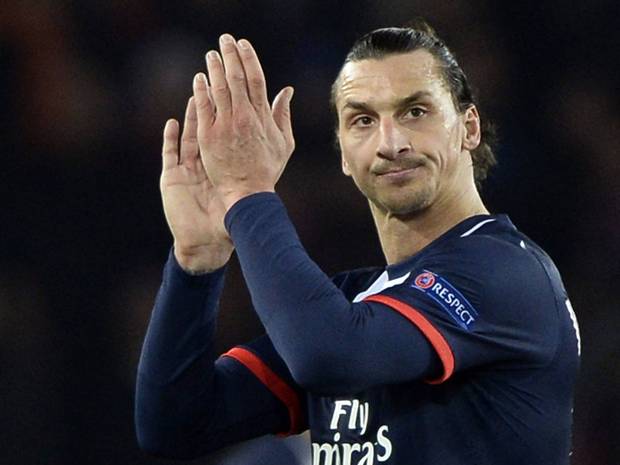 Zlatan Ibrahimovic has scored 30 goals in the French Ligue 1 this season for his club in 26 matches. The 34-year-old centre Swedish forward has also scored five champions league goals in nine matches this season for The Red and Blue.

LVG described the performance of Ibrahimovic this season “unbelievable.” The huge striker would be out of his current contract with the French giants during this summer. The amazing talent has been linked with to a number of Premier League teams including Manchester United.

LVG pointed out to several players above 30 that have left since he took over at Old Trafford. His team were ridiculed by second place Tottenham this weekend. The Spurs defeated The Red Devils by 3-0 in a stunning second half display by Eric Lamela. Manchester united were hoping to win so they could put pressure on Manchester City that are ahead of them in fourth place by a point.

On Ibrahimovic, LVG said: “I like [our] own youth players more because they already know the culture in Manchester United, and that is also the philosophy for example of Ajax or Barcelona and also Bayern Munich.”

“Paris Saint-Germain is Zlatan and that is fantastic. When a manager like me, who favors the team [above the individual], is saying that, that is a compliment for him,” LVG added.

The Dutchman on an endnote said: “You never know? I cannot say anything about that subject. He’s already 34 and I just spoke about the age [of the players] I let go [from United].”